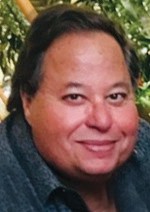 My husband, my companion, my friend

Abilio served the Conejo Valley as a family practice doctor for over 35 years, providing loving care to generations of families, many of whom called him friend. His tenaciousness combined with a keen medical expertise helped save many lives over the years.

Born in Havana, Cuba with a rare complication known as “blue baby syndrome,” Abilio started life facing many challenges. He was not expected to survive. A local family practice doctor, who stepped forward to be his godfather when no one else would, inspired Abilio to pursue a life of service to others in medicine.

Abilio’s earliest years were lived at a time and in a place of great chaos in the world. He was 3 years old at the time of the Cuban missile Crisis. Fortunately, his loving parents had the foresight to evacuate him to safety in Spain. At the age of 7, he was put on a plane to America, alone! He spent seven months in the care of strangers before he would again see his parents.

Abilio learned very early in life the value of hard work helping his blue collar parents (his father a mechanic and his mother a factory worker) achieve the American dream. They saved enough to buy a small home in the San Fernando Valley. Abilio contributed to the cost of his education working for his father and later a medical laboratory which allowed him to attend Notre Dame High School and later USC. He graduated Phi Beta Kappa before attending medical school at UC San Francisco. His life journey was on a roll.

After his residency at UCLA – Santa Monica Hospital, Abilio decided to open his own office. It didn’t take long before he became known as the caring doctor in town seeing the grandchildren of his patients. He knew their lives, their medical history and made life-saving diagnoses. As his wife, I got the chance to witness first-hand the love and passion he put into his profession. It is seldom we are able to experience the fine qualities of a professional in our small community whose service to others was the definition of his life. His passing comes with great sorrow and pain to his family, friends, staff, colleagues and legion of loyal patients.

Abilio’s other passions after family were sports cars and sailing. He could never get enough of either. But he still had energy to serve as Chief of the Family Practice Department at Los Robles Hospital in the early years and was the administrator of student health services at Cal Lutheran University for more than 30 years.

Abilio leaves behind his wife Dawn, his sons Christopher and Jordin and daughter Sydnee.

God must have really needed him in heaven because he took one of our saints. God bless you all. He is in our hearts forever. A celebration of life is scheduled at Conejo Mountain Funeral Home and Memorial Park on Saturday, Jan. 22 at 2 p.m.